Scale-Invariant Feature Transform (SIFT) is an old algorithm presented in 2004, D.Lowe, University of British Columbia. However, it is one of the most famous algorithm when it comes to distinctive image features and scale-invariant keypoints.

Scale-Invariant Feature Transform (SIFT) is an old algorithm presented in 2004, D.Lowe, University of British Columbia. However, it is one of the most famous algorithm when it comes to distinctive image features and scale-invariant keypoints.

There are four major stages of computation to generate the set of image reatures.

First stage searches over all scales and image locations. It is implemented efficiently by using a difference-of-Gaussian function to identify potential interest points that are invariant to scale and orientation. 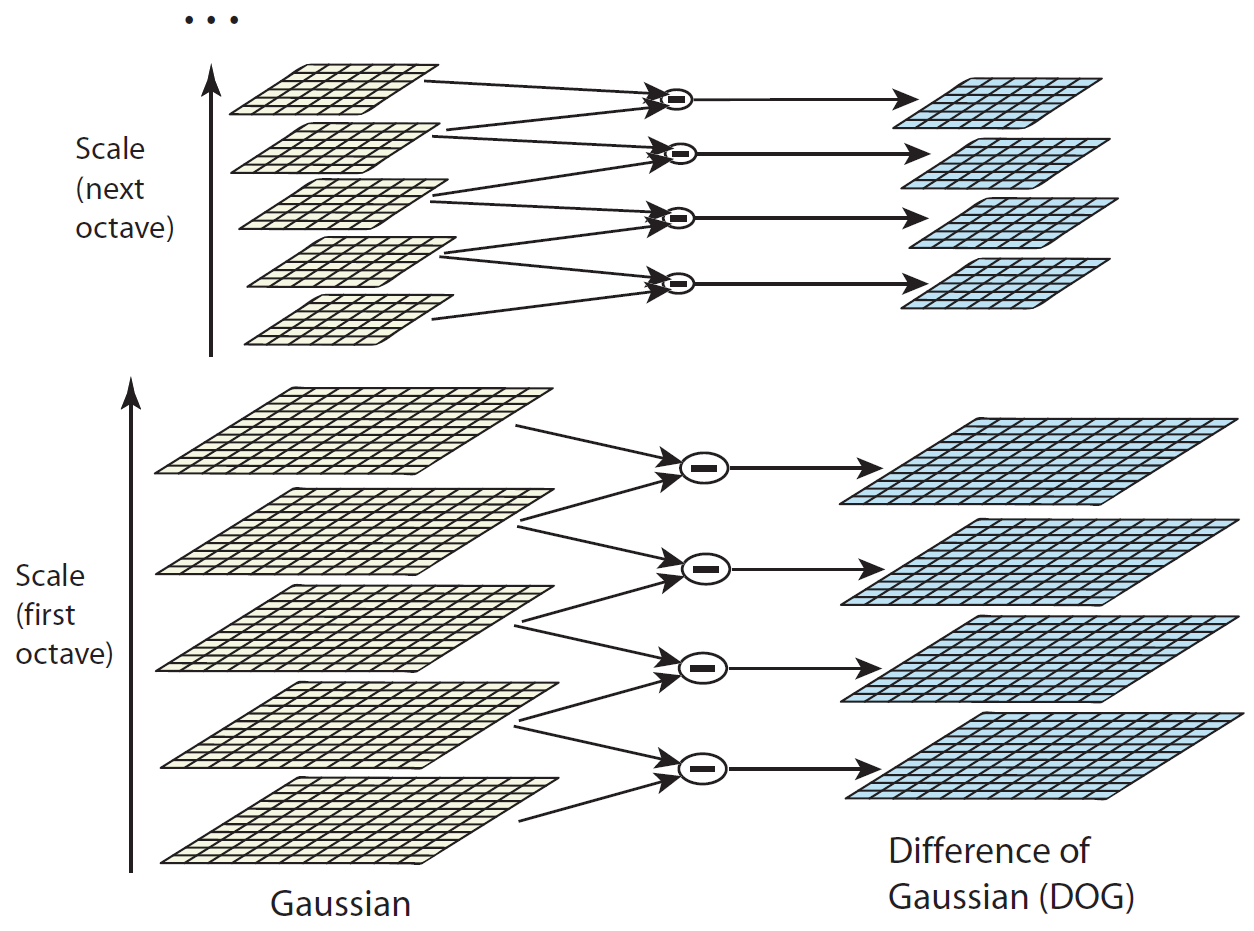 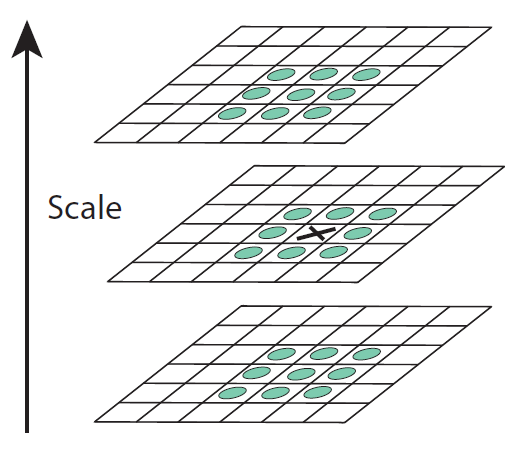 Figure 2: Maxima and minima of the difference-of-Gaussian images are detected by comparing a pixel (marked with X) to its 26 neighbors in 3x3 regions at the current and adjacent scales (marked with circles).

At each candidate location, a detailed model is fit to determine location and scale. Keypoints are selected based on measures of their stability.

One or more orientations are assigned to each keypoint location based on local image gradient directions. All future operations are performed on image data that has been transformed relative to the assigned orientation, scale, and location for each feature, thereby providing invariance to these transformations.

The local image gradients are measured at the selected scale in the region around each keypoint. These are transformed into a representation that allows for significant levels of local shape distortion and change in illumination.

Figure 3: A keypoint descriptor is created by first computing the gradient magnitude and orientation at each image sample point in a region around the keypoint location, as shown on the left. These are weighted by a Gaussian window, indicated by the overlaid circle. These samples are then accumulated into orientation histograms summarizing the contents over 4x4 subregions, as shown on the right, with the length of each arrow corresponding to the sum of the gradient magnitudes near that direction within the region.

Keypoints between two images are matched by identifying their nearest neighbours. 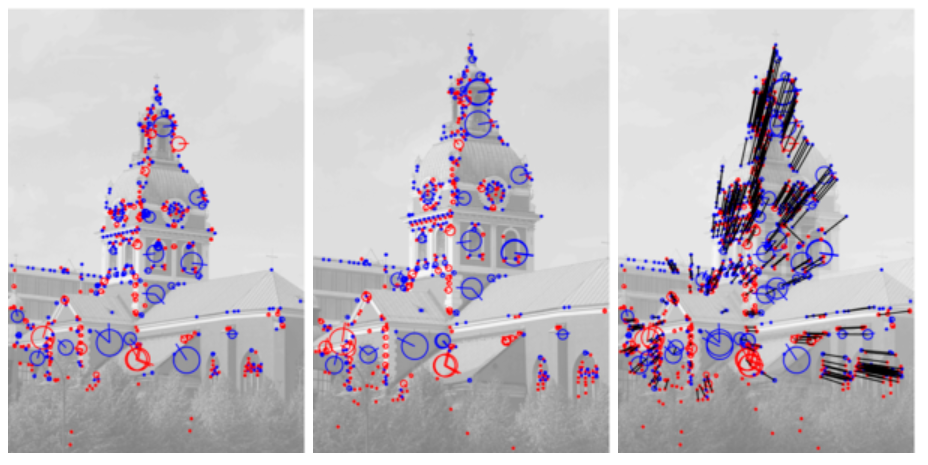 Figure 4: Interest points detected from two images of the same scene with the computed image matches drawn as black lines between corresponding interest points. The blu and red arrows at the centers of the circles illustrate the orientation estimates obtained from peaks in local orientation histograms around the interest points.