This post is a summary and paper skimming on rotation invariance and equivariance related research. So, this post will be keep updating by the time.

This post is a summary and paper skimming on rotation invariance and equivariance related research. So, this post will be keep updating by the time. 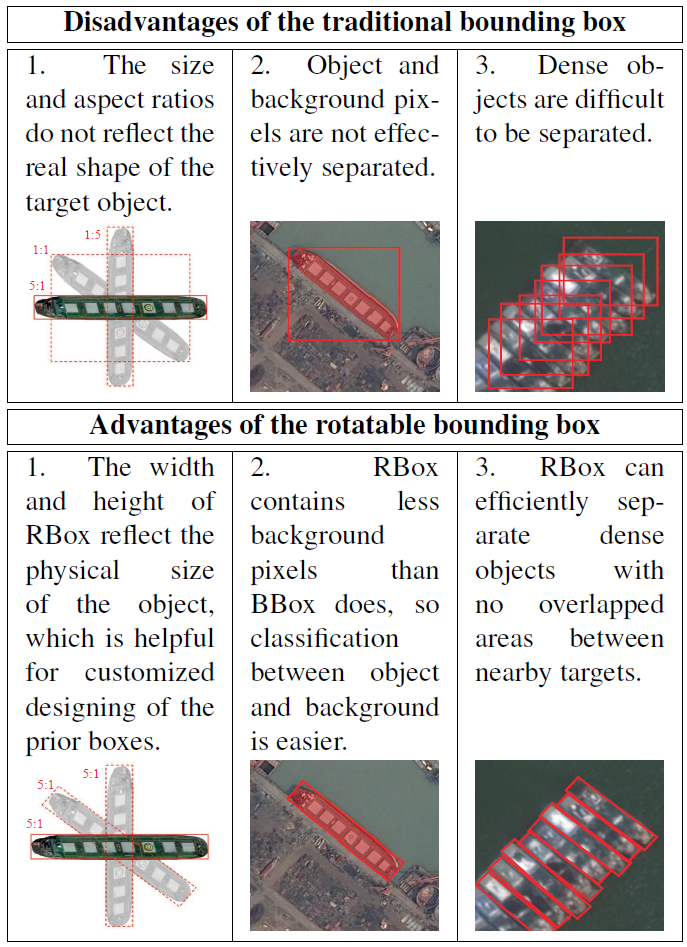 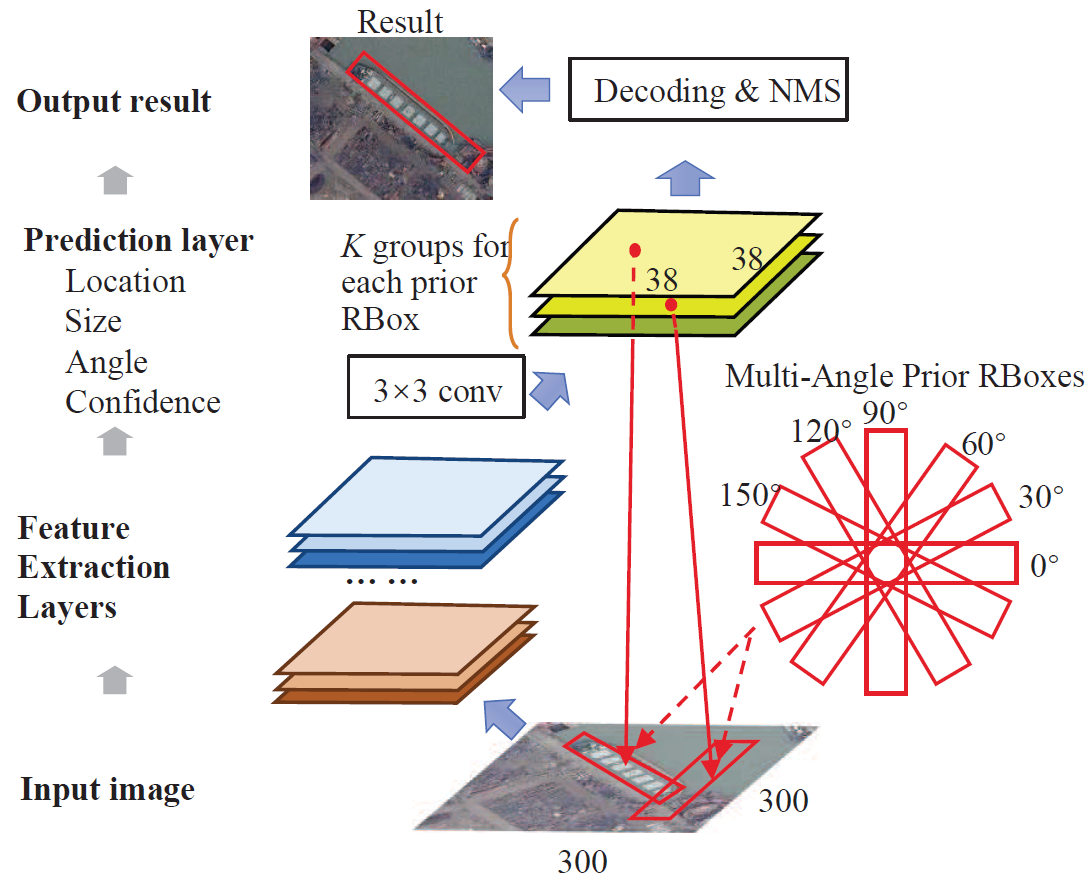 Figure: An ARF is a filter of the size W X W X N, and viewed as N-directional points on a W X W grid. The form of the ARF enables it to effectively define relative rotations, e.g., the head rotation of a bird about its body. An ARF actively rotates during convolution; thus it acts as a virtual filter bank containing the canonical filter itself and its multiple unmaterialised rotated versions. In this example, the location and orientation of birds in different postures are captured by the ARF and explicitly encoded into a feature map. 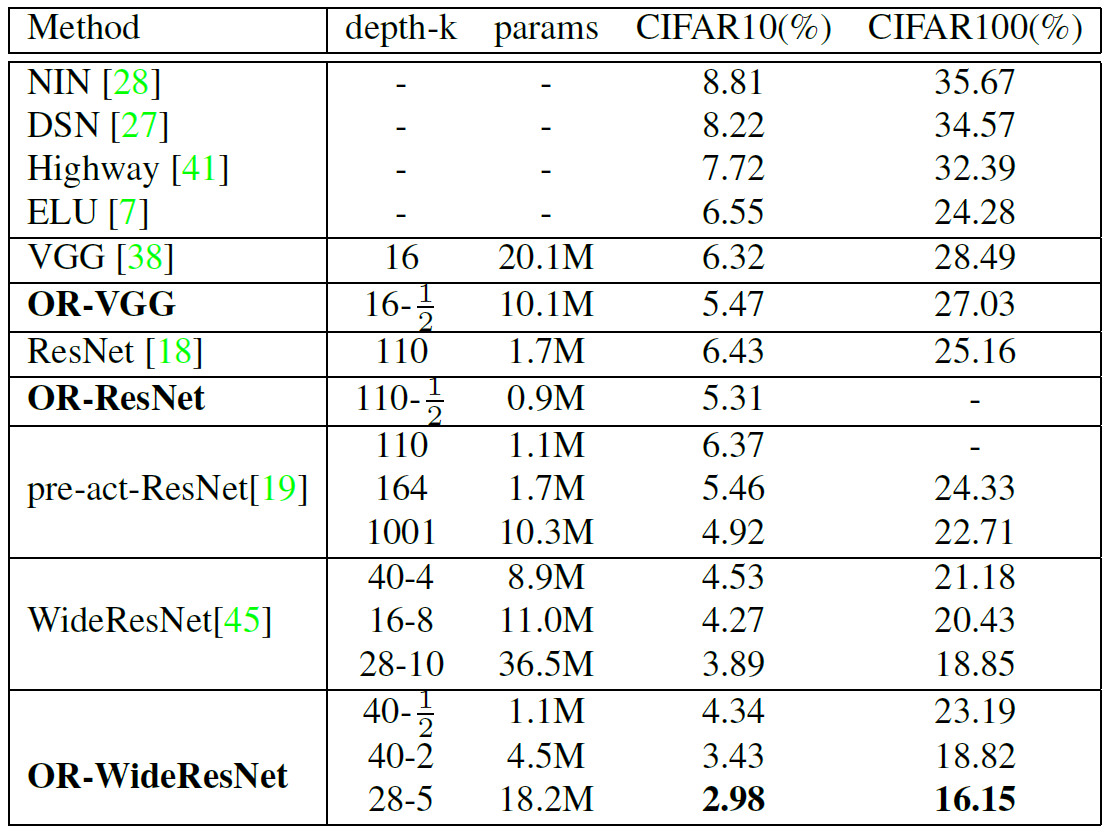 Figure: Results on the natural image classification benchmark. In the second column, k is the widening factor corresponding to the number of filters in each layer. 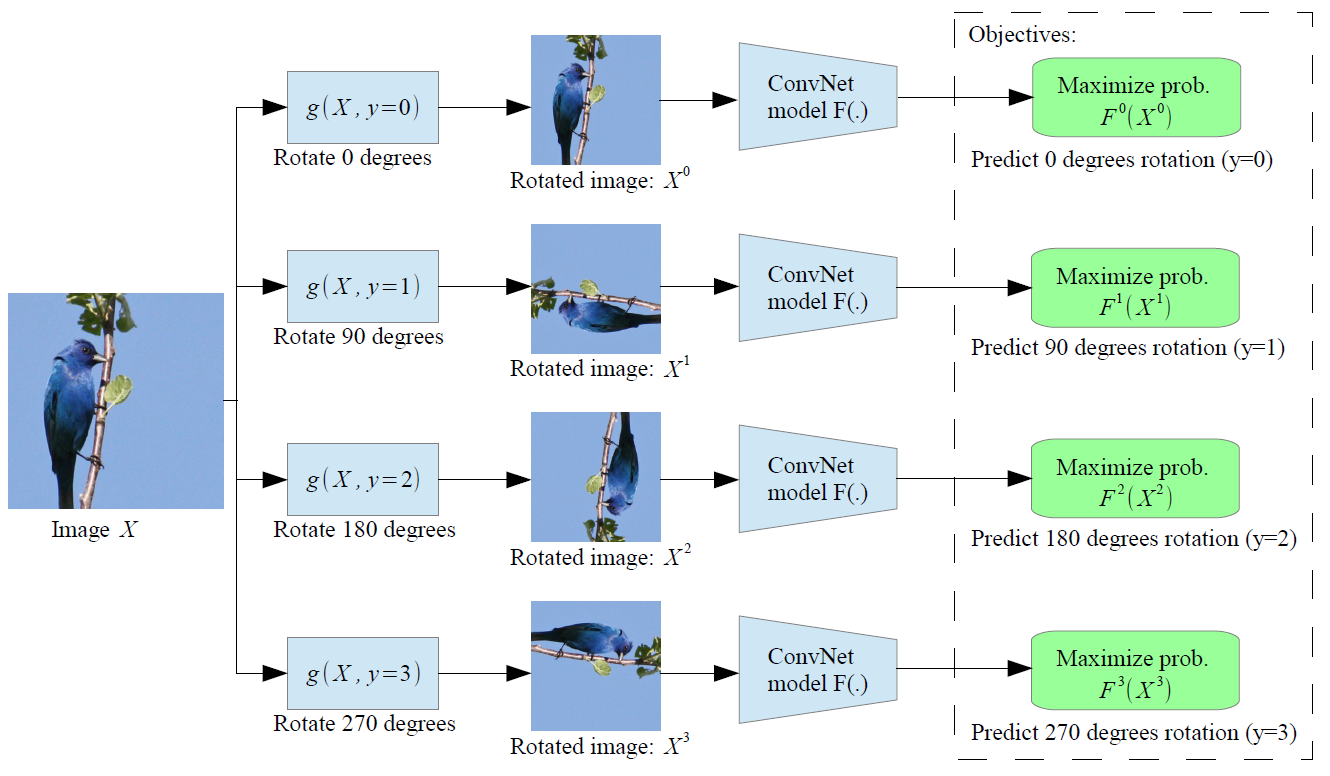 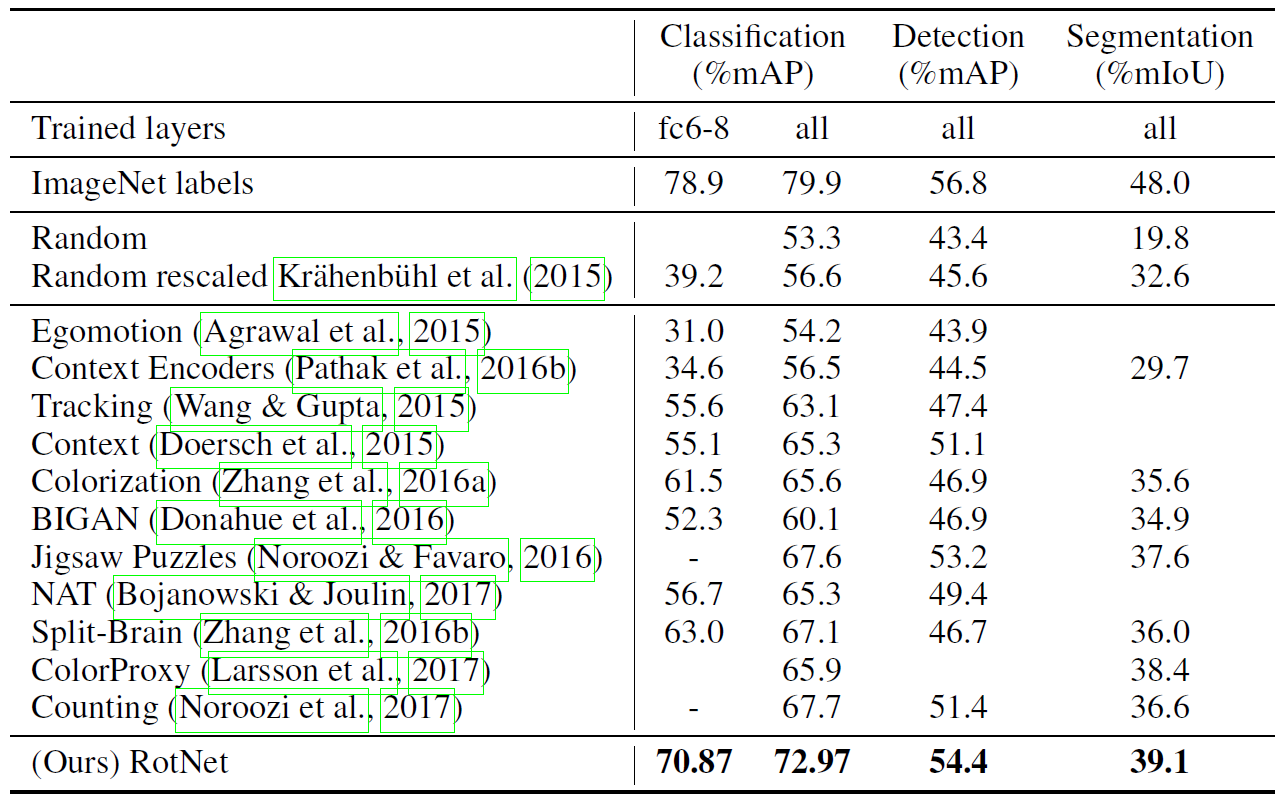 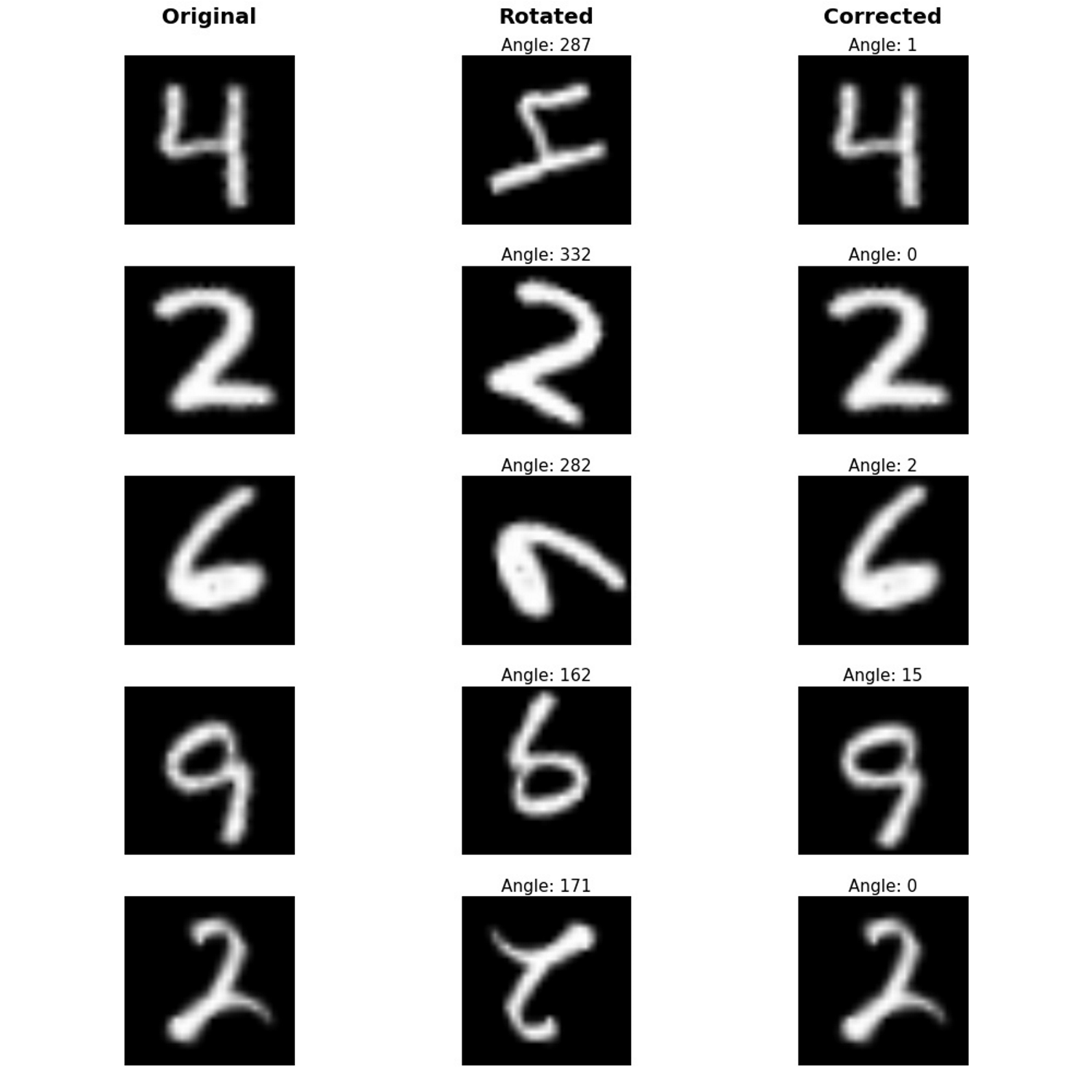 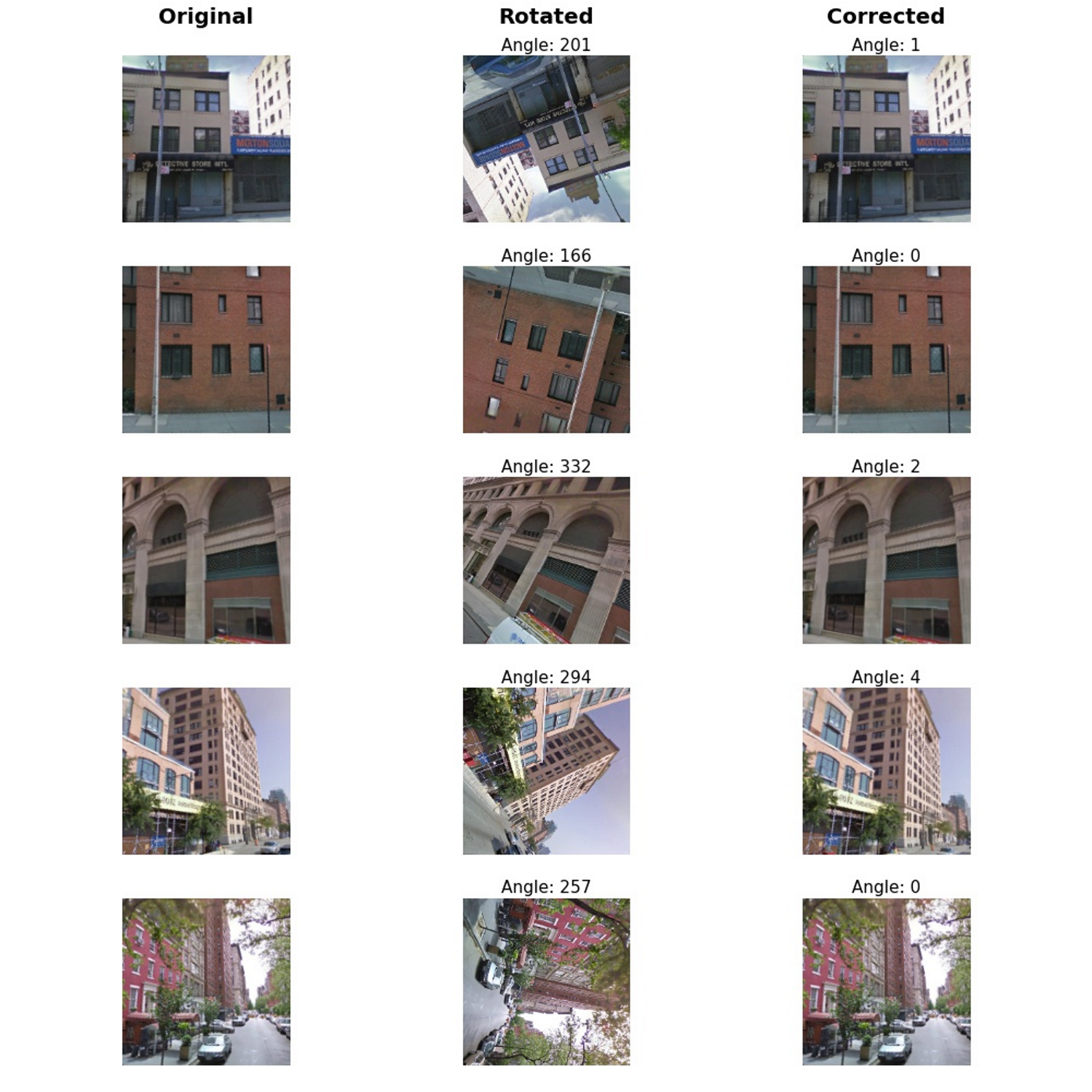 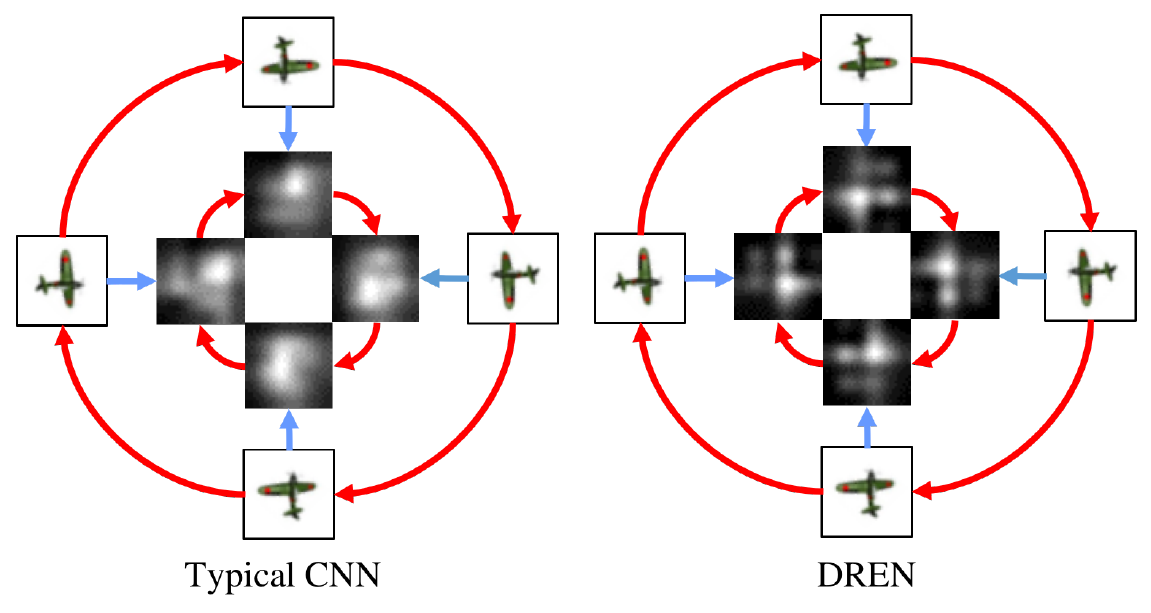 Figure: Latent representations learnt by a CNN and a DREN. Features produced by a DREN is equivariant to rotation while that produced by a typical CNN is not.

Figure: The framework of Deep Rotation Equivariant Network. The gray panels represent input, feature maps and output. Each square represents a weight kernel. The letter ’T’ is utilized for distinguishing orientation clearly. The different colors of kernel background indicate that the kernel are not qualitatively equivalent. Although this figure seems similar to that one in this paper, there are 3 critical differences: 1. We apply rotation on the filters rather than the feature maps. 2. The matrix in an isotonic layer is different in order from the matrix of cyclic rolling operation in this paper. 3. The decycle layer is a special convolution layer, different from the cyclic pooling applied in this paper. 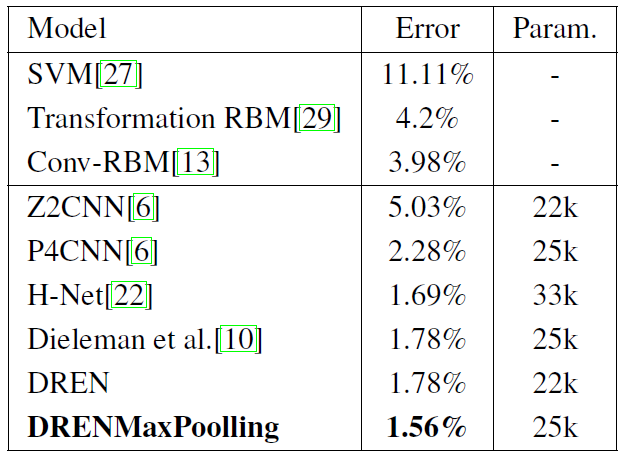 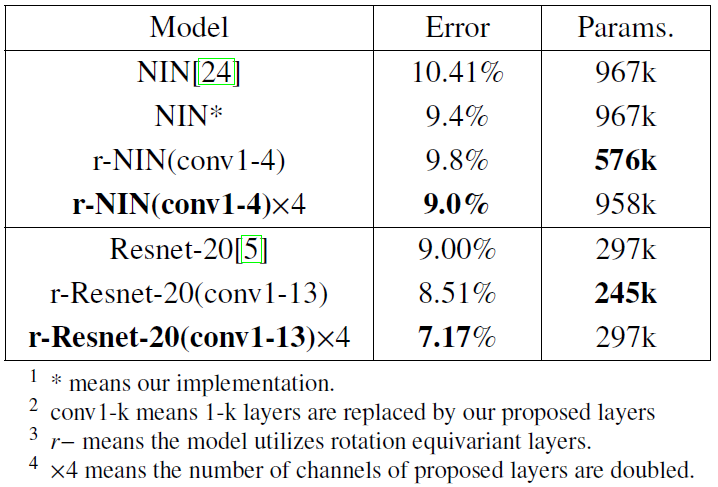 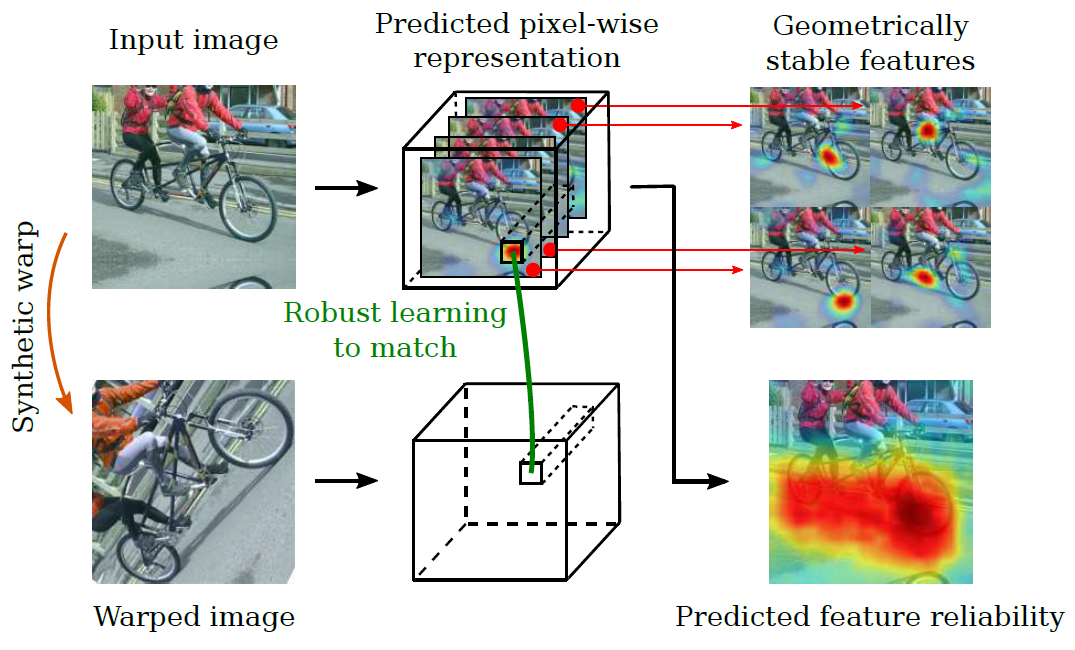 Figure: Proposed approach leverages correspondences obtained from synthetic warps in order to self-supervise the learning of a dense image representation. This results in highly localized and geometrically stable features. The use of a novel robust probabilistic formulation allows to additionally predict a pixel-level confidence map that estimates the matching ability of these features.

Figure: Overview of our approach. Image \(x\) is warped into image \(x′\) using the transformation \(g^{−1}\). Pairs of pixels and their labels (encoding whether they match or not according to \(g^{−1}\)) are used together with a probabilistic matching loss to train our architecture that predicts i) a dense image feature \(φ(x)\) and ii) a pixel level confidence value \(σ(x)\).

Figure: An overview of our proposed progressive calibration networks (PCN) for rotation-invariant face detection. Our PCN progressively calibrates the RIP orientation of each face candidate to upright for better distinguishing faces from non-faces. Specifically, PCN-1 first identifies face candidates and calibrates those facing down to facing up, halving the range of RIP angles from [-180º, 180º] to [-90º, 90º]. Then the rotated face candidates are further distinguished and calibrated to an upright range of [-45º, 45º] in PCN-2, shrinking the RIP ranges by half again. Finally, PCN-3 makes the accurate final decision for each face candidate to determine whether it is a face and predict the precise RIP angle.

Figure: Speed and accuracy comparison between different methods. The FDDB recall rate (%) is at 100 false positives. 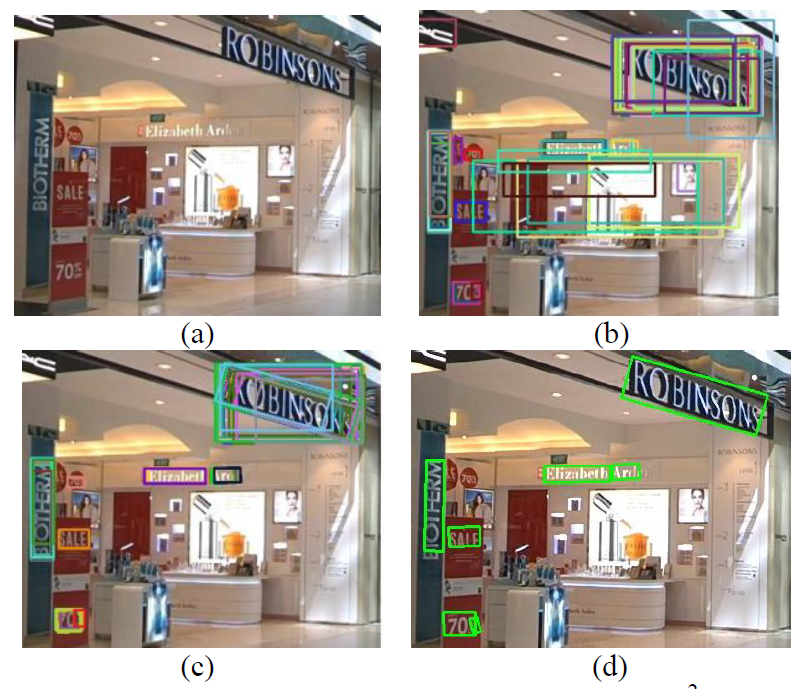 Figure: The network architecture of Rotational Region CNN (R2CNN). The RPN is used for proposing axis-aligned bounding boxes that enclose the arbitrary-oriented texts. For each box generated by RPN, three ROIPoolings with different pooled sizes are performed and the pooled features are concatenated for predicting the text scores, axis-aligned box (\(v_x,v_y,v_w,v_h\)) and inclined minimum area box (\(u_{x1},u_{y1},u_{x2},u_{y2},u_h\)). Then an inclined non-maximum suppression is conducted on the inclined boxes to get the final result.

Figure: Comparison with state-of-the-art on ICDAR2015. 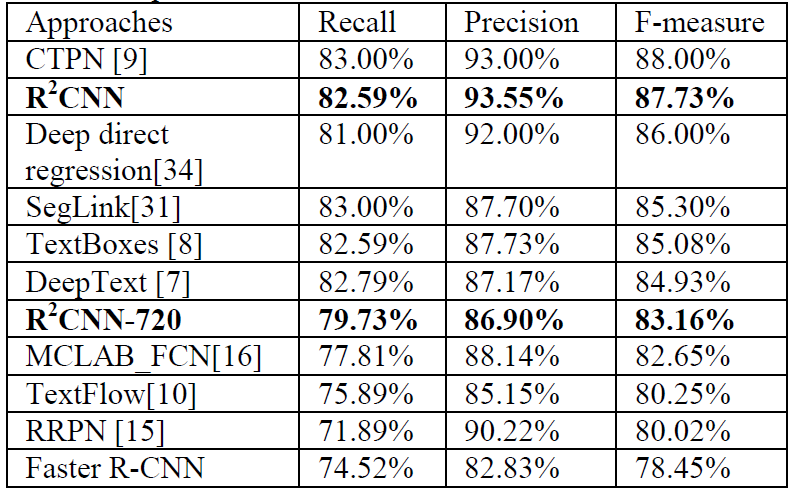 Figure: Comparison with state-of-the-art on ICDAR2013.