Figure 1: Summary of the proposed CNN-based representation tailored for retrieval. At training time, image triplets are sampled and simultaneously considered by a triplet-loss that is well-suited for the task (top). A region proposal network (RPN) learns which image regions should be pooled (bottom left). At test time (bottom right), the query image is fed to the learned architecture to effciently produce a compact global image representation that can be compared with the dataset image representations with a simple dot-product.

Figure 2: Comparison of R-MAC, our reimplementation of it and the learned versions fine-tuned for classification on the full and the clean sets (C-Full and C-Clean) and fine-tuned for ranking on the clean set (R-Clean). All these results use the initial regular grid with no RPN.

Figure 3: Left: evolution of mAP when learning with a rank-loss for diffierent initializations and training sets. Middle: landmark detection recall of our learned RPN for several IoU thresholds compared to the R-MAC fixed grid. Right: heat-map of the coverage achieved by our proposals on images from the Landmark and the Oxford 5k datasets. Green rectangles are ground-truth bounding boxes.

Figure 4: Proposals network. mAP results for Oxford 5k and Paris 6k obtained with a fixed-grid R-MAC, and our proposal network, for an increasingly large number of proposals, before and after fine-tuning with a ranking-loss. The rigid grid extracts, on average, 20 regions per image. 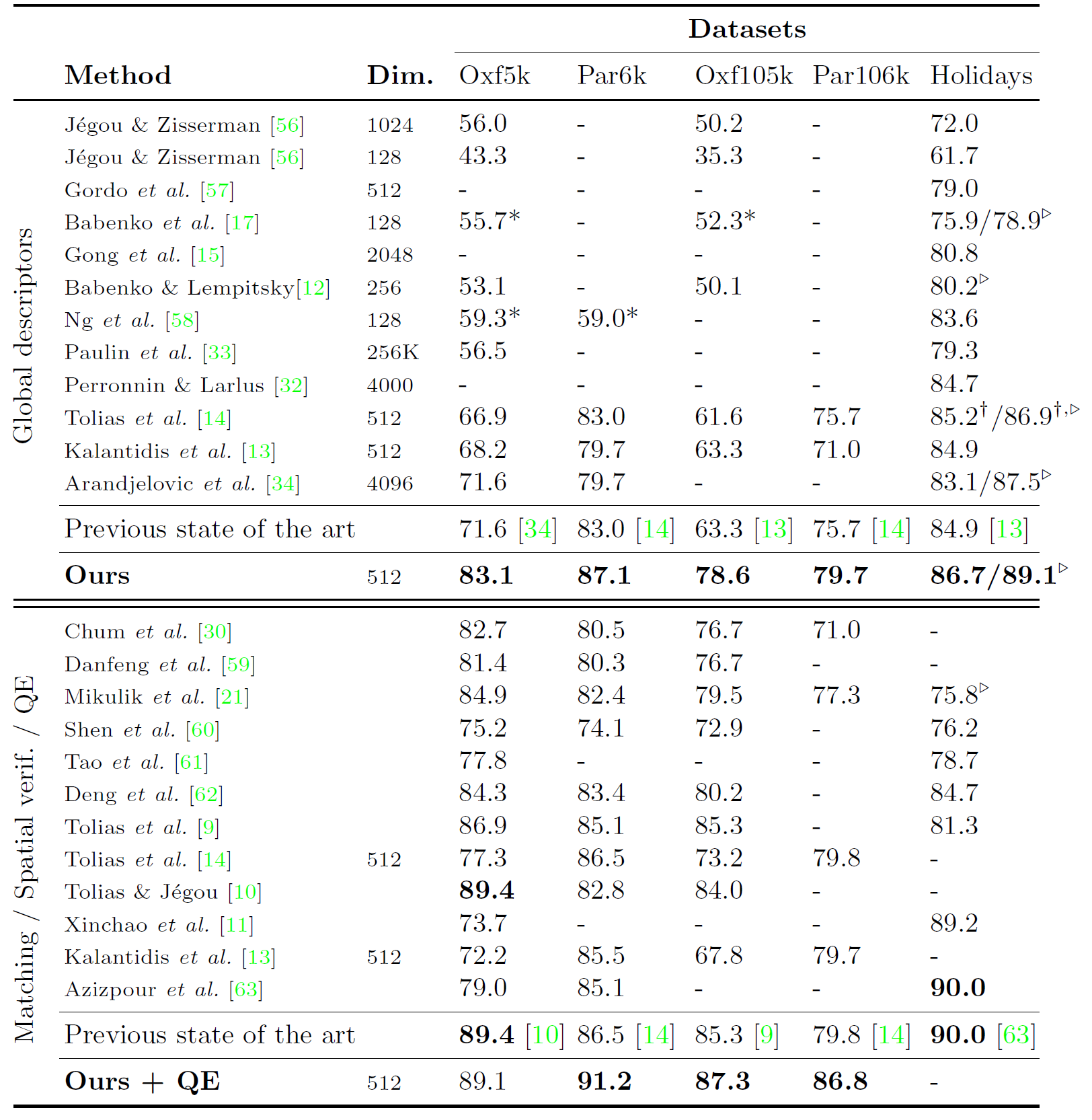 Figure 5: Accuracy comparison with the state of the art. Methods marked with an * use the full image as a query in Oxford and Paris instead of using the annotated region of interest as is standard practice. Methods with a ▷ manually rotate Holidays images to fix their orientation. † denotes our reimplementation. We do not report QE results on Holidays as it is not a standard practice.