In convolutional operation, since the output is produced by a summation through all channels, the channel dependencies are implicitly embedded, but these dependencies are entangled with the spatial correlation captured by the filters.

The goal is to ensure that the network is able to increase its sensitivity to informative features so that they can be exploited by subsequent transformations, and to suppress less useful ones.

This paper achieves this by two steps, squeeze and excitation.

Each of the learned filters operates with a local receptive field and consequently each unit of the transformation output is unable to exploit contextual information outside of this region. This is an issue that becomes more severe in the lower layers of the network whose receptive field sizes are small.

To handle this problem, this paper propose to squeeze global spatial information into a channel descriptor. This is achieved by using global average pooling to generate channel-wise statistics.

To achieve this, this paper employ a simple gating mechanism with a sigmoid activation and ReLU function. And it formed a bottleneck by using two fully connected (FC) layers to limit model complexity and aid generalization.

The final output of the block is obtained by rescaling the transformation output \(U\) with the activations which is channel-wise multiplication between the feature map \(u_c\) and the scalar \(s_c\).

SE block can be directly applied to transformations beyond standard convolutions. 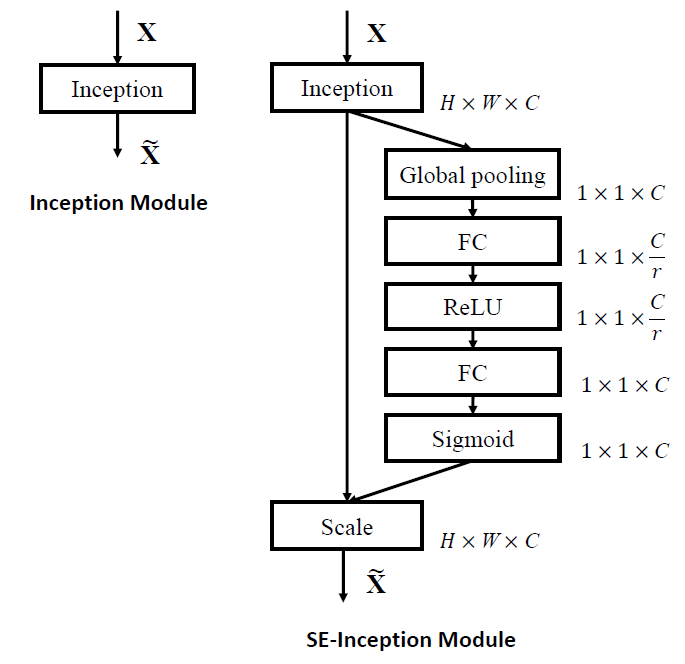 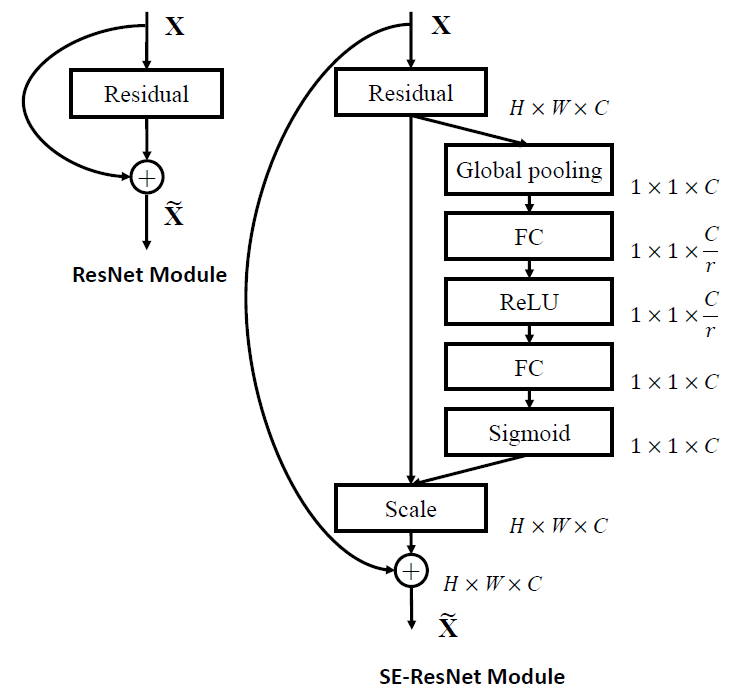 Figure 3: The schema of the original Residual module (left) and the SE-ResNet module (right). 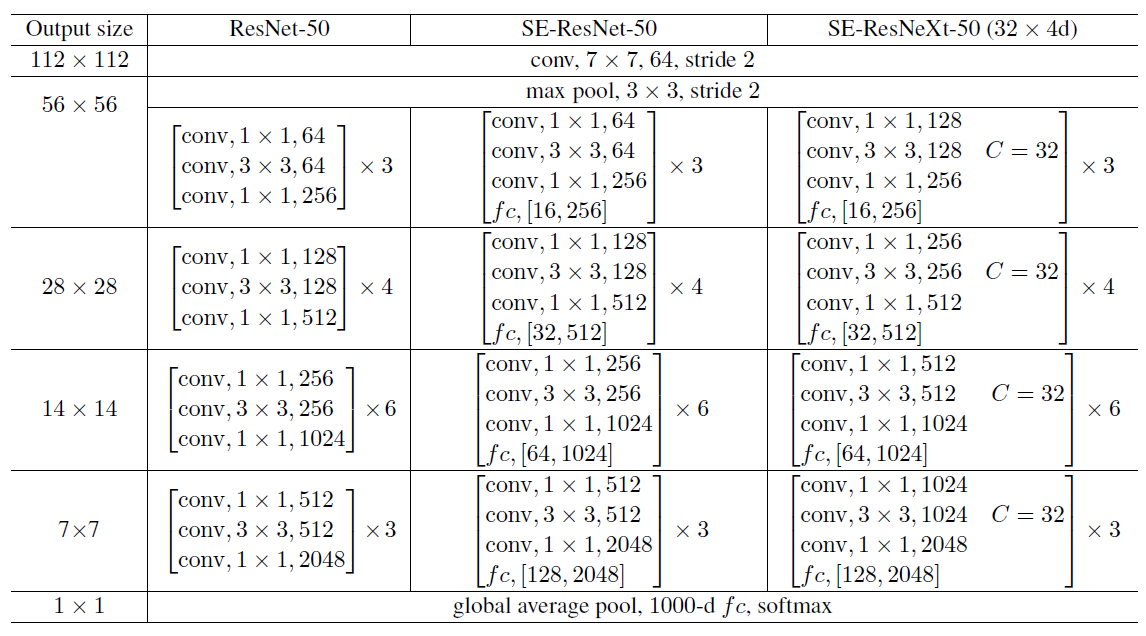 Figure 4: (Left) ResNet-50. (Middle) SE-ResNet-50. (Right) SE-ResNeXt-50 with a 32X4d template. The shapes and operations with specific parameter settings of a residual building block are listed inside the brackets and the number of stacked blocks in a stage is presented outside. The inner brackets following by fc indicates the output dimension of the two fully connected layers in an SE module.

Figure 5: Single-crop error rates (%) on the ImageNet validation set and complexity comparisons. The original column refers to the results reported in the original papers. The SENet column refers to the corresponding architectures in which SE blocks have been added. The numbers in brackets denote the performance improvement over the re-implemented baselines. VGG-16 and SE-VGG-16 are trained with batch normalization. 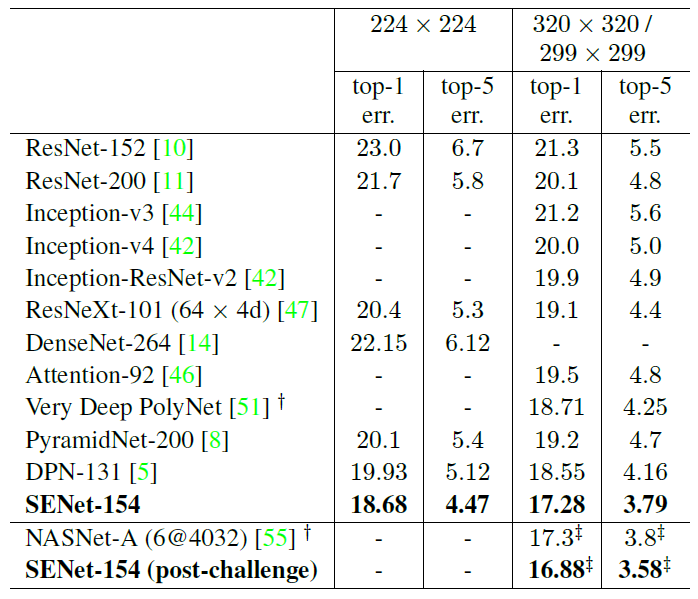 The reduction ratio \(r\) is an important hyperparameter which allows to vary the capacity and computational cost of the SE blocks in the model.