“Dual Attention Network for Scene Segmentation” improves scene segmentation tasks performance by attaching self-attention mechanism. It is in arxiv yet and the authors are from CASIA IVA.

“Dual Attention Network for Scene Segmentation” improves scene segmentation tasks performance by attaching self-attention mechanism. It is in arxiv yet and the authors are from CASIA IVA. 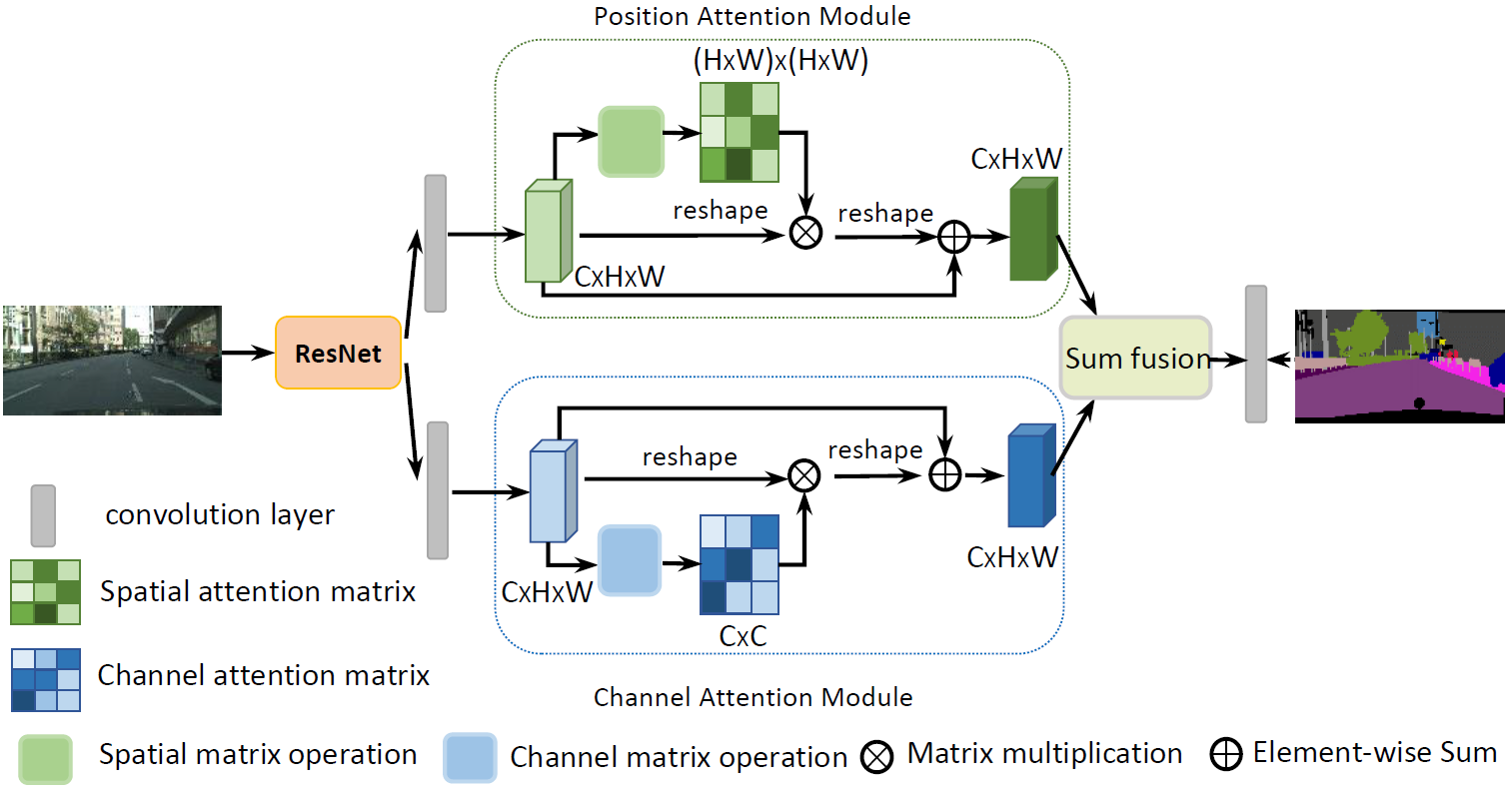 Figure 1: An overview of the Dual Attention Network.

Finally we aggregate the output features from the two attention modules to obtain better feature representations for pixel-level prediction. 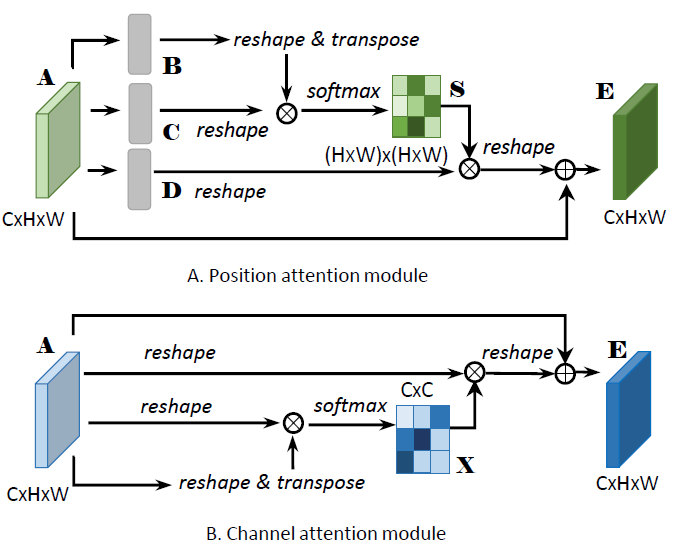 Self-attention, also called intra-attention, calculates the response at a position in a sequence by attending to all positions within the same sequence. 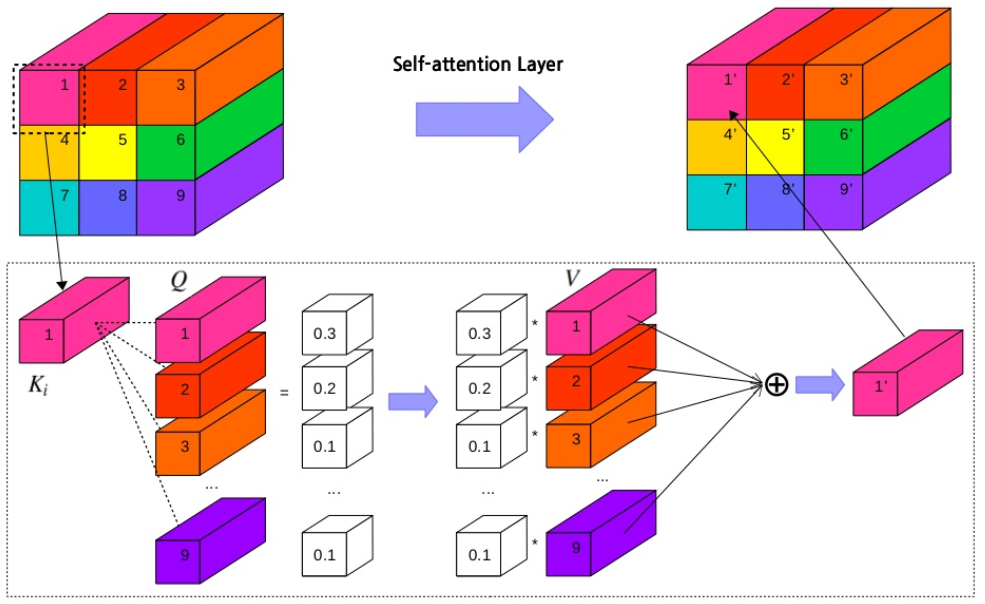 First, apply a convolution layer to obtain the features of dimension reduction. Second, feed the features into the position attention module and generate new features of spatial long-range dependencies through the following three.

Resulting feature at each position is a weighted sum of the features at all positions and original features.

Channel long-range dependencies are captured by a channel attention module. By exploiting the interdependencies between channel maps, we could emphasize interdependent feature maps and improve the feature representation of specific semantics.

The process to capture the channel relationship is similar to the position attention matrix is calculated in the channel dimension.

The final feature of each channel is a weighted sum of the features of all channels and original features, which models the long-range semantic dependencies between feature maps. 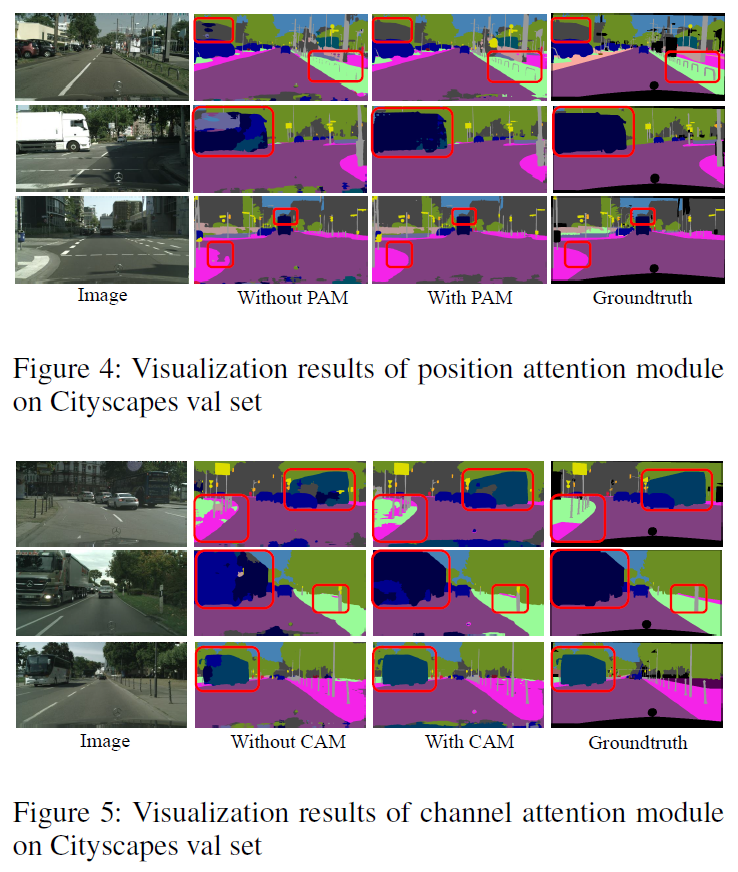 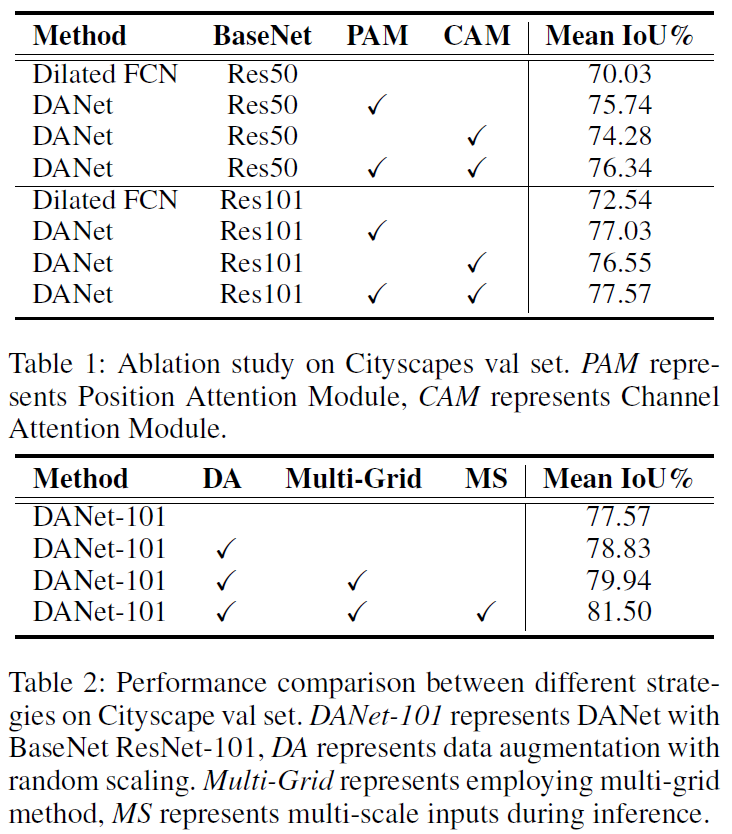 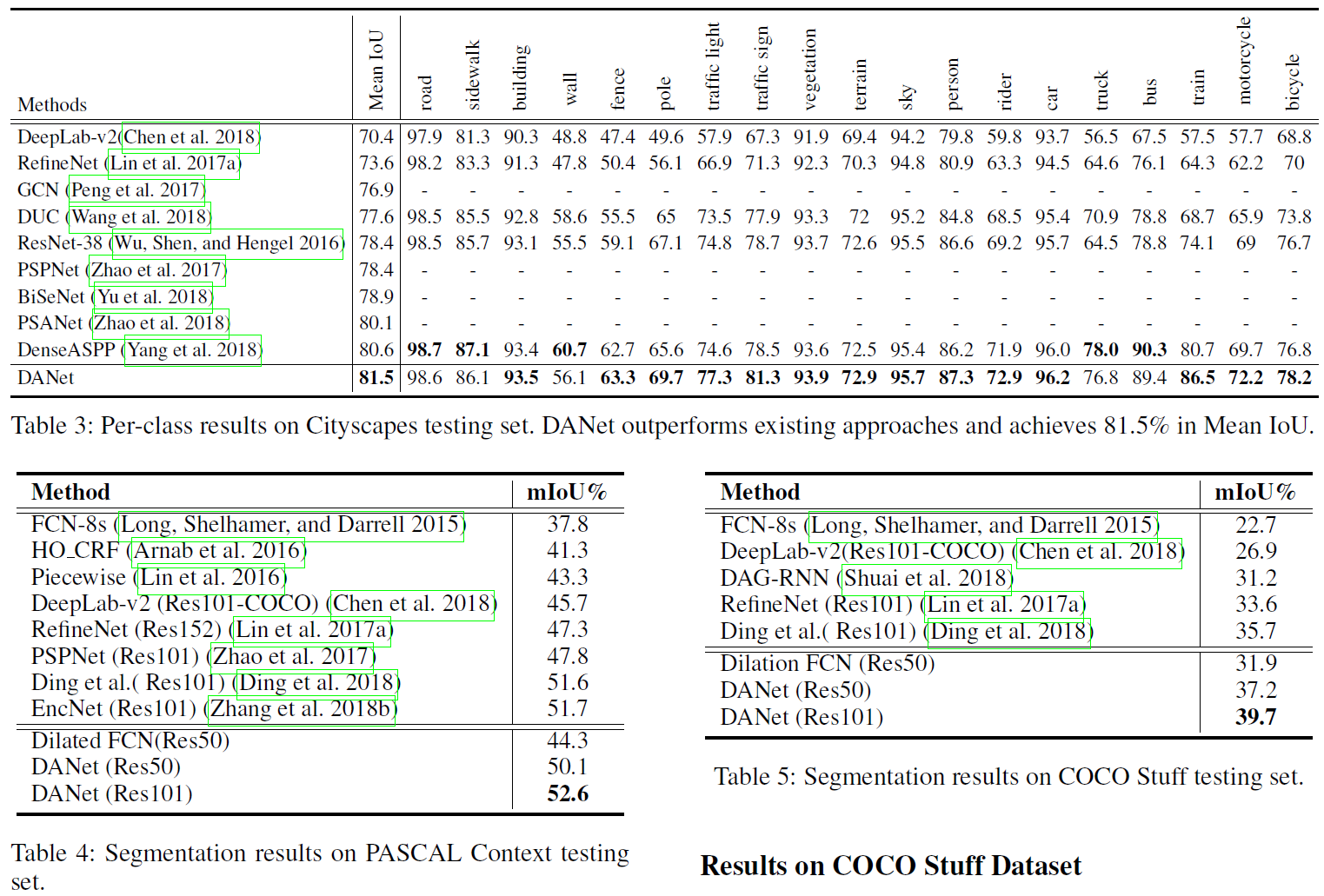